Film studies helped me develop so many skills! 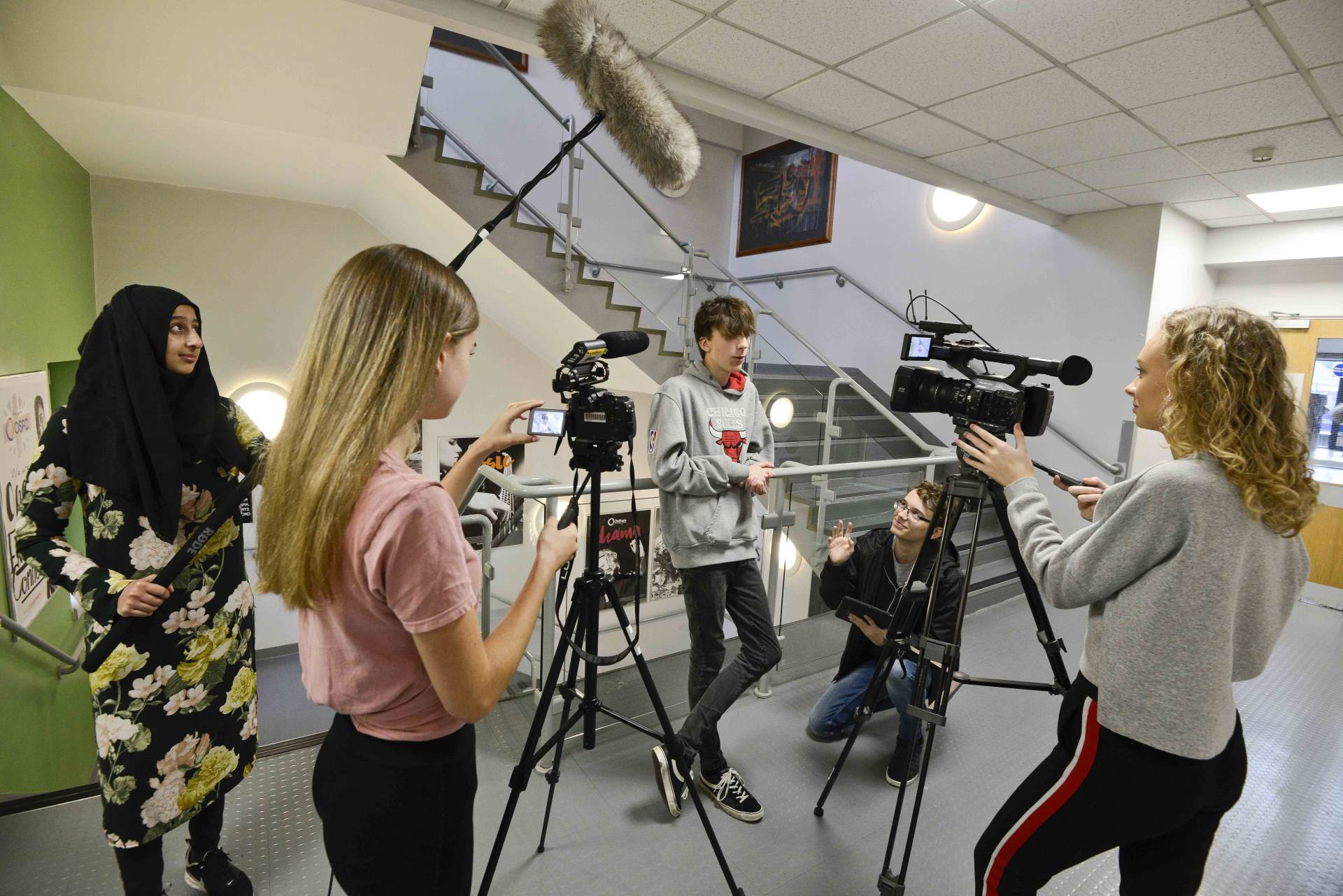 ‘Many consider film to be the main cultural innovation of the 20th century. Those who study it characteristically bring with them a high degree of enthusiasm and excitement for what is a powerful, culturally significant medium’. (Eduqas specification)

The course aims to broaden and deepen your appreciation of films from a wide range of geographical and historical contexts. You will explore the ‘language’ of film – the conventions and techniques used by filmmakers to communicate to audiences and provoke in them a variety of emotional and intellectual responses. You will learn to use theories and concepts to approach film in a critical and analytical way; and also develop skills in producing your own filmic artefacts.

Component 1: Variety of Films and Filmmaking (35%)

Section A: You will compare films produced in Hollywood during the periods 1930-1960 and 1961- 1990. A particular focus of the study will be on how various social, production, and auteur contexts impact and shape films produced within them.

Section B: A  study of American mainstream and independent filmmaking from 2005 onwards. Here you will consider the concept of spectatorship – how do texts communicate meaning and provoke a variety of responses in spectators?

Section C: Here you explore the concepts of narrative and ideology in relation to two British films.

Section A: Here you further your knowledge of form in films from two very different contexts, focussing on their  aesthetic and representational dimensions.

Section B: Here you will delve into  the debates relating to documentary films and the truth.

Section C: We  turn our attention to 1920 USSR to study the rise of Soviet Montage Cinema, as an alternative to American and European filmmaking.

This  component provides an opportunity to produce high quality creative work. You will produce a screenplay for a short film that focuses on narrative construction from a list of prescribed narrative situations. The screenplay is accompanied by a digitally photographed storyboard sequence, which will indicate how the screenplay could be realised visually. Students will also provide an evaluative analysis of the work in relation to professionally produced screenplays.

We organise trips and events, which aim to supplement and extend your knowledge of film and the cinema industry. In previous years, students have attended the International Documentary Film Festival in Sheffield and the London Film Festival. We have visited the headquarters of The British Board of Film Classification in London to see how the BBFC makes decisions about classification. Students have also submitted their work to the WJEC Moving Image Award competition.

Typically students’ progress onto a Film or Media related degree courses and plan for a career in one of the many growing areas across the media industries. However, the skills and understanding gained in Film Studies  also equip students to progress into a variety of career paths, many of which value and desire the new presentational , creative and analytical talents of Film students.

Destinations of recent Film students include: